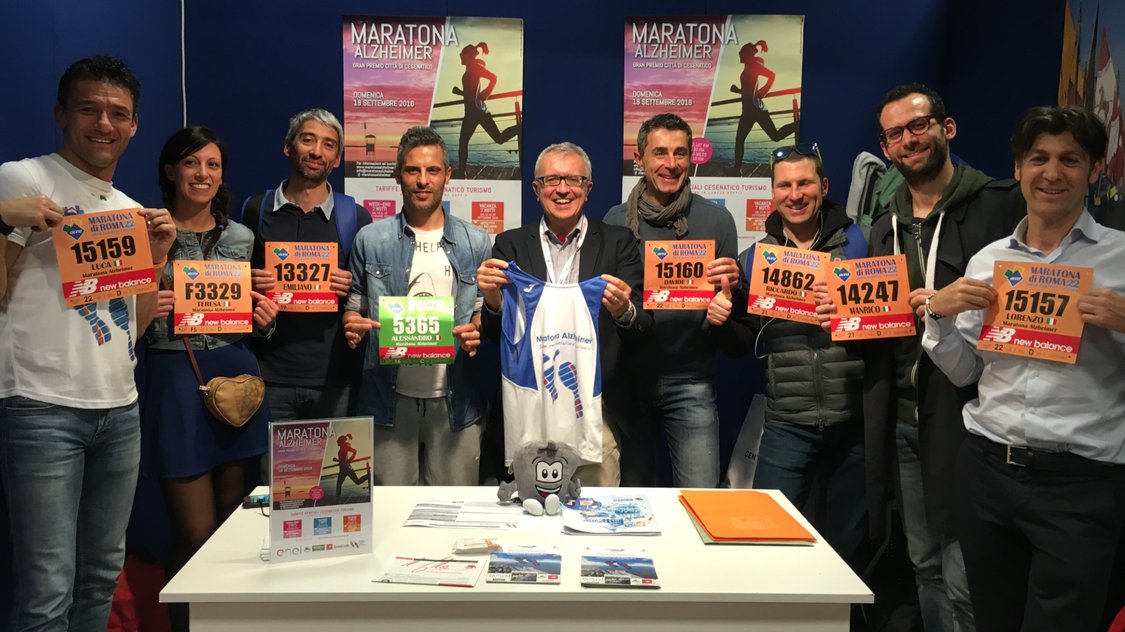 In 2016, it has been launched a project - called "Runner Solidali di Maratona Alzheimer" - that involves all of the supportive runners that took part in the Rome's marathon. These people put both their legs and their hearts in the competition, committing themselves firsthand to gather funds aimed at sustaining Alzheimer's RESEARCH.

Thanks to its own contacts, the 13-runner group (made of Alessandro, Alessandro, Davide, Emiliano, Gianni, Lorenzo, Luca, Maria Chiara, Monica, Norberto, Riccardo, Stefano, Teresa) reached the amount of 2.228 €, sum that constitutes the basis of the fund intended to finance the RESEARCH project.

Starting from 2017, on the occasion of the 6th edition of "Maratona Alzheimer" - on 17 th September - the Supportive Runners group has been newly created and has become even more solid and numerous, virtually connecting all of the runners that chose to run or walk supportively in order to financially contribute to the RESEARCH against Alzheimer's disease. 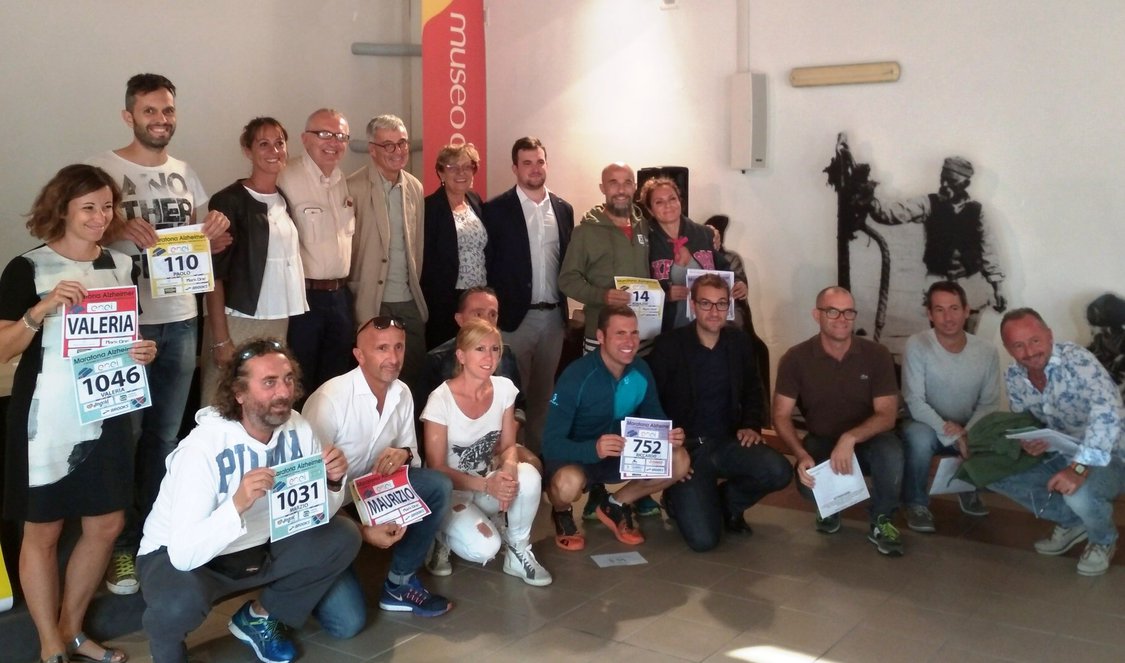 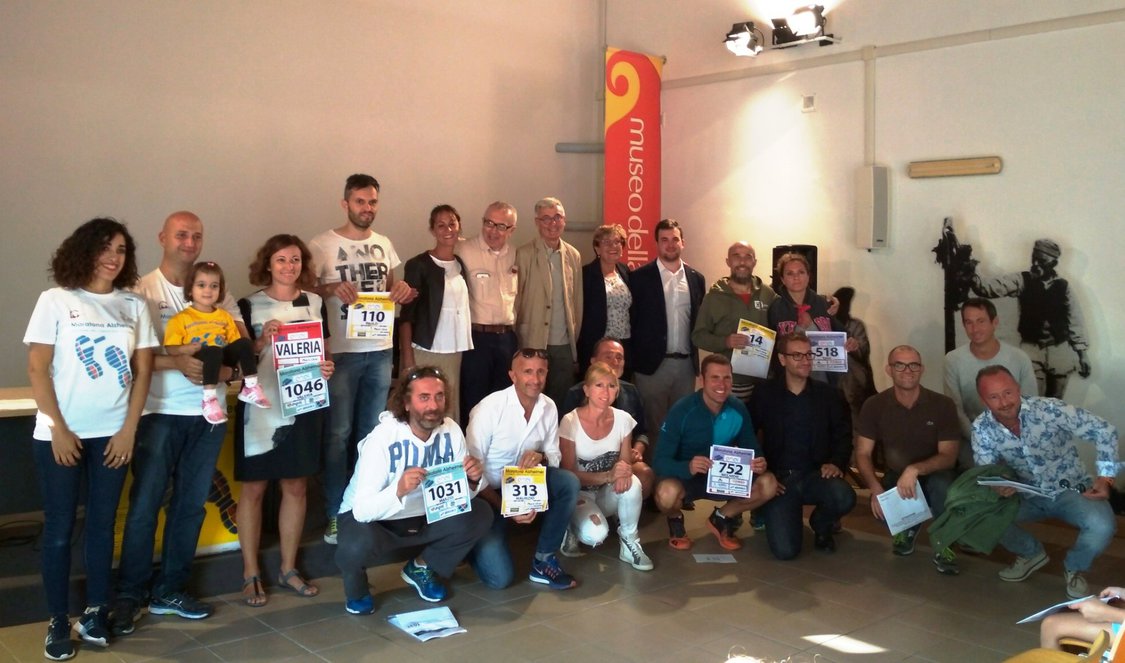 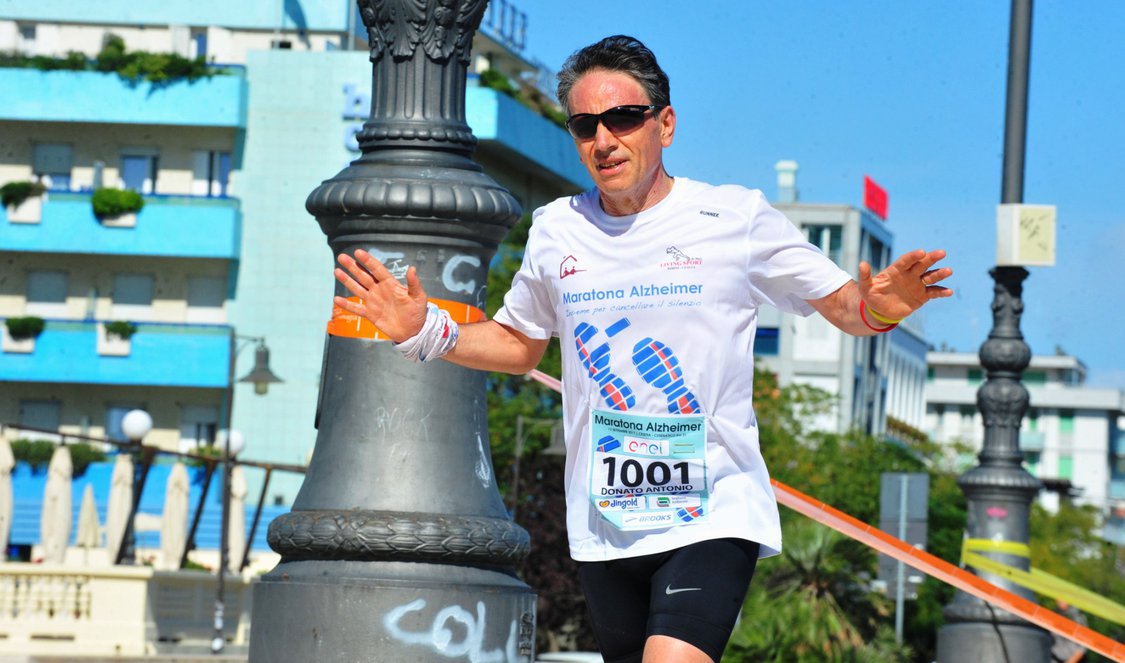 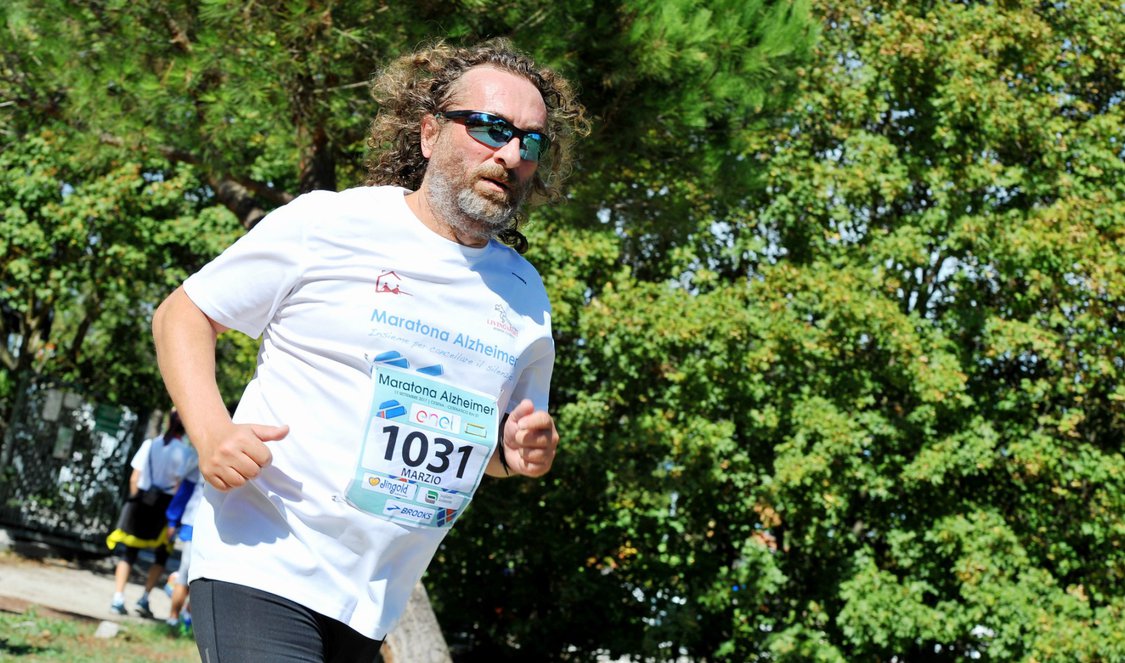 Every period of the year, different groups of Supportive Runners - that will be able to choose their competition or individual challenge and, simultaneously, uphold the Alzheimer's RESEARCH cause - will be formed.

The participation of those that will run supportively will help people who suffer from Alheimer's disease and represents a gesture of hope and responsability toward future generations. There are not formal limitations in joining the runners' group: each runner will still be a member of his original team.

the one that runs supportively always wins!

your choise of being a supportive runner will contribute sustaining the research against ALZHEIMER's disease.