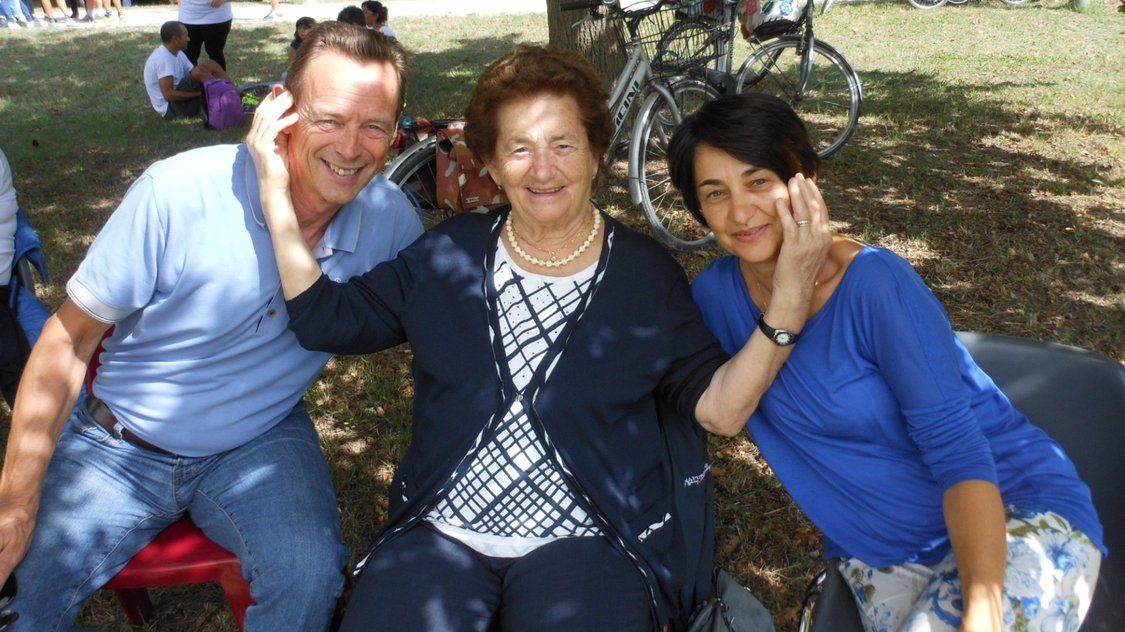 Amici di Casa Insieme's commitment in offering assistance, within "Fondo Alzheimer 360°", focuses on interventions in support of people with Alzheimer's and their families, on Valle del Savio's area, that is to say a large portion of territory including Mercato Saraceno, Sarsina, Bagno di Romagna and other districts.

The idea that lies behind the whole initiative aims at realising, on Valle del Savio's territory, of a welcoming and "dementia-friendly" community, in order to better the lives of people with dementia and provide their families and attendants with a proper support, by creating contexts intended to defeat discomfort, exclusion and social emargination.

Bagno di Romagna's Alzheimer's Caffé opening, on Valle del Savio's territory, represents 2017's most significant action, since the area did not present other services dedicated to the disease, so far. Inspired by the experience gained by Caffè Dolcini, which has been operating in Mercato Saraceno for several years, the new Café has been built in San Piero in Bagno, inside Centro Auser spaces, thanks to the collaboration with some local companies and institutions. The new Café represents a place of encounter for the elderly - both healthy or in a delicate condition - and, above all, for people with memories difficulties or with dementia and for their families and attendants. In there, some activities to keep minds active are proposed and, thus, it is possible to join each other's company by experimenting moments of sociability, amusement and wellness.

The project is also intended to offer those taking care of people with dementia the chance of sharing daily efforts and information and confront and support each other, in order to achieve and mantain a high quality of life, despite the disease. The new Café realisation considers the presence of some ageing and dementia specialists, in addition to volunteers educated on Alzheimer's.